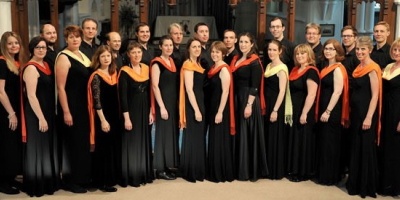 Cambridge Chorale are another group that are re-appearing at St Mary’s. They last came to us for what was my first LMF carol concert in 2016.

Cambridge Chorale are a dynamic vocal ensemble committed to performing music at the highest level. Formed in 1994 they are now directed by Owain Park and are considered to be one of the most accomplished adult choirs in the UK. The choir performs a wide range of repertoire, from choral classics such as Bach’s Mass in B Minor, Handel’s Messiah and Brahms’ Requiem, to lesser known masterpieces by the likes of Frank Martin and Alexander Grechaninov. The choir is equally at home performing challenging contemporary works by composers such as Tarik O’Regan, Eric Whitacre and Ola Gjeilo.

The choir has produced a number of critically acclaimed recordings, including Songs and Sonnets (December 2014), Salvator Mundi (March 2011), A Christmas Celebration (2007), and My Spirit Sang All Day (2005). The recordings demonstrate both the high quality and the versatility in performance that have become the hallmarks of Cambridge Chorale.

The choir is a highly sought after partner for musical collaborations across the UK. It has made numerous recordings for BBC radio and is a regular feature at the Brandenburg Choral Festival in London.