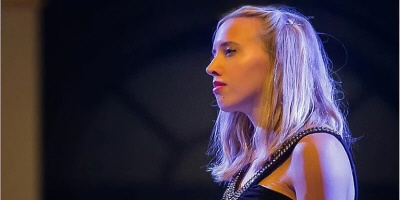 This concert sees the welcome return of Lamberhurst’s soprano superstar, Helen Lacey. Helen is Lamberhurst born and bred and is forging a career as a singer of some repute. John Rutter called her “one to watch, serious potential” and Simon Austin referred to her as a “golden voiced soprano”. This will come as little surprise to many of the regular concert goers of the Lamberhurst Music Festival who came to her last concert in 2017, which was extremely well attended. Helen is known to the congregation of St Mary’s where she has sung in the choir from an early age.

Helen began her early training in the National Youth Choirs of Great Britain and Glyndebourne Youth Opera. During this time, she was the recipient of the Kath Topping Vocal Award and in 2012, she reached the final as one of four girl choristers in the BBC Radio 2 Young Chorister of the Year competition. Subsequently she made her solo debut at the Royal Albert Hall as the soprano soloist in Britten’s Te Deum and in Britten’s Rejoice in the Lamb broadcast on Radio 3 from Leeds Town Hall.

Helen Lacey is a current student at the Royal Academy of Music, studying with Yvonne Howard and Raymond Connell. In 2017, she completed her BMus at the Royal Northern College of Music with a first-class honours degree. Here she was awarded the Chris Petty Prize for English Song, and the Elsie Thurston Prize. Helen is generously supported by the Mario Lanza Educational Foundation, the Clemence Charitable Trust, the Littledown Trust and the Peter Nutting Charitable Trust. The Lamberhurst Music Festival are proud to support Helen.

Helen is a featured soloist on Will Todd’s Passion Music recorded for Signum Classics. She is also a ‘BBC Introducing’ Artist for Radio 3’s In-Tune, and a Young Artist for Finchcocks Charity in Kent.

Helen’s programme for this concert explores the life of women in music from the 17th to the 20th century with repertoire exploring love, loss, travel and friendship. The programme will include excerpts from Mozart’s Le Nozze di Figaro, and Purcell’s Dido & Aeneas. Clara Schumann’s beautiful Six Lieder will also be included.