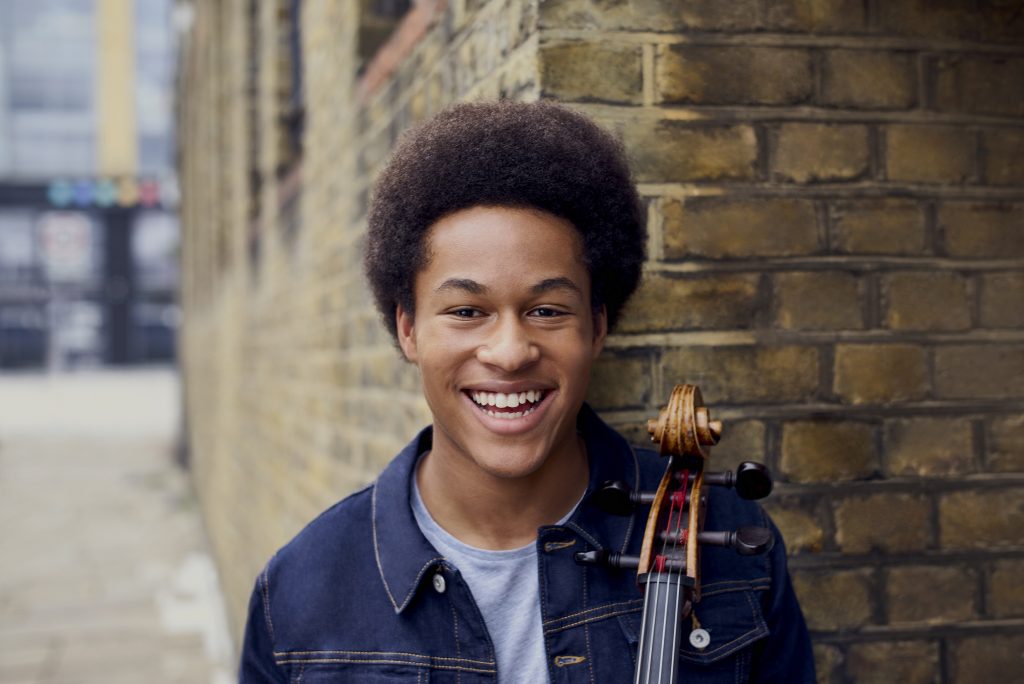 We are absolutely delighted to announce that Sheku Kanneh-Mason has agreed to perform at the Lamberhurst Music Festival in 2019. Sheku won the BBC Young Musician of the year in 2016 and since then his career has grown and grown. His first big public performance was at the 2017 Brit Awards where he played Leonard Cohen’s “Hallelujah” in the In Memoriam section. His first CD was released to huge critical acclaim in January 2018, going straight to the top of the classical charts.

In May 2018, Sheku appeared before a global audience of 2 billion people as he performed an 8 minute medley of pieces at the Royal Wedding between Prince Harry and Meghan Markle. That appearance caused his album to shoot to the top of the classical charts again, and also to rise to number 11 in the ‘pop’ charts. Still only 19, Sheku now holds the record as the highest charting cellist, eclipsing Julian Lloyd-Webber. His CD is also top of the US classical chart, and in the top 20 of the US Billboard chart.

Sheku will be appearing with his award-winning sister Isata. Isata, still only 21 has appeared across the UK playing soloist and concertos at the Wigmore Hall, Royal Festival Hall, and St-Martin_in_the_fields.

We are really pleased to be able to bring two musicians of such quality and popularity to Lamberhurst, and as a consequence, tickets for this concert are priced higher than usual at £30. We expect demand for these tickets to be high.

Update November 2018 – Because of the huge popularity of this concert, it is our intention to have a screen to the side of the stage, showing Sheku and Isata. This will mean that we will everyone who attends will be able to see the performers, either in person, or on the screen. This will allow more people to attend this very special concert. Please be aware though that we are close to the maximum number and expect all tickets to be sold before the end of 2018. Please purchase now in order to avoid disappointment.