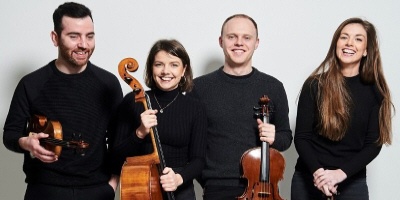 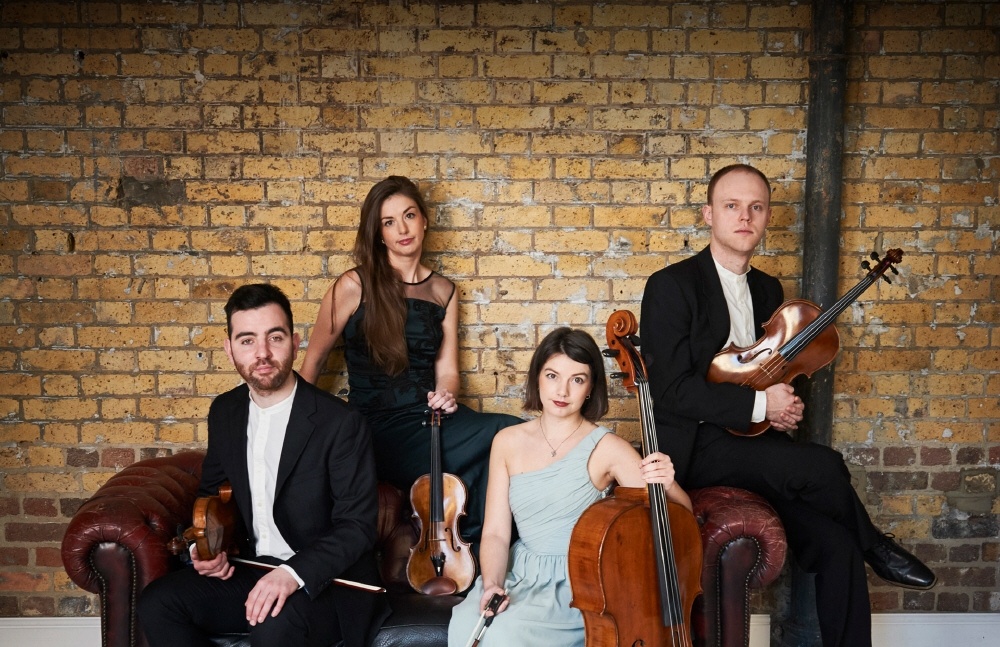 Rescheduled due to coronavirus

We are delighted to have a fantastic String quartet open our 2020 season. Formed in 2011 at the University of Manchester, The Solem Quartet takes its name from the university’s motto “arduus ad solem”, meaning “striving towards the sun”.

The quartet enjoys a busy concert schedule performing at venues both across the UK – including Wigmore Hall, Queen Elizabeth Hall, Bridgewater Hall and Holywell Music Room – and internationally. In keeping with its name, the Solem Quartet’s first project was to play the Haydn Op. 20 “Sun” Quartets. Their repertoire is extensive, spanning the period from early Haydn to a broad spectrum of living composers including Larry Goves, Anna Meredith, John Luther Adams and Emily Howard, whose quartet ‘Afference’ they performed in a BBC Proms Extra broadcast, live on BBC Radio 3.

Since September 2016 the quartet has been ‘Quartet in Residence’ at the University of Liverpool, and was also recently appointed ‘Ensemble in Residence’ at Aberystwyth MusicFest. They were selected as Tunnell Trust Artists in 2016, leading to a tour of Scotland in 2018.

The quartet is particularly excited to have been privately commissioned to undertake a Beethoven and Bartók cycle beginning in 2020, which will feature performances of Bartók’s six quartets alongside Beethoven’s late quartets. The cycle will also include six brand new works, bringing the quartet’s total tally of commissions and premieres to sixteen.