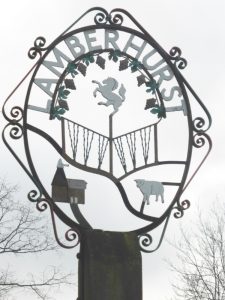 Lamberhurst Music Festival began in 2003 and was set up with the dual purpose of bringing high quality classical performers to the Lamberhurst community, and to financially support St Mary’s church, Lamberhurst. We are a voluntary organization and are registered as a charity No 1102771.

We stage around 7 concerts a year in and around Lamberhurst, although mainly in St Mary’s. The two biggest concerts of the year are the outdoor opera in August and the carol concert in December. The opera is usually at Bayham Abbey and over the years we have staged such operas as La Traviata, Carmen, The Magic Flute and The Barber of Seville. We have had a variety of different professional touring opera companies come to us, and the opera is probably the highlight of our season with a 500 strong audience who bring picnics beforehand – it is a very sociable event. For the carol concert in December we have had a number of the very best Oxford and Cambridge college choirs including Clare, Selwyn, St Johns and Trinity.

The list of performers who have played at our church continues to grow annually as we seek to bring top quality acts to Lamberhurst at a fraction of the London concert hall prices: Rachel Podger, Acker Bilk, David Owen Norris, Danny Driver, Ji Liu and Julian Bliss are among the celebrated stars to have come and played in Lamberhurst.

We encourage people to become ‘Patrons’ of the music festival at an annual cost of £100 for which they receive preferential seating at all concerts in the church and free wine and drink at those concerts. Patrons also receive early access to the Summer opera in order to reserve preferential seating. If you wish to become a patron, please order a ‘Patron’ ticket on the website or contact us using the contact details on this site.

Numbers for our concerts are limited as follows: