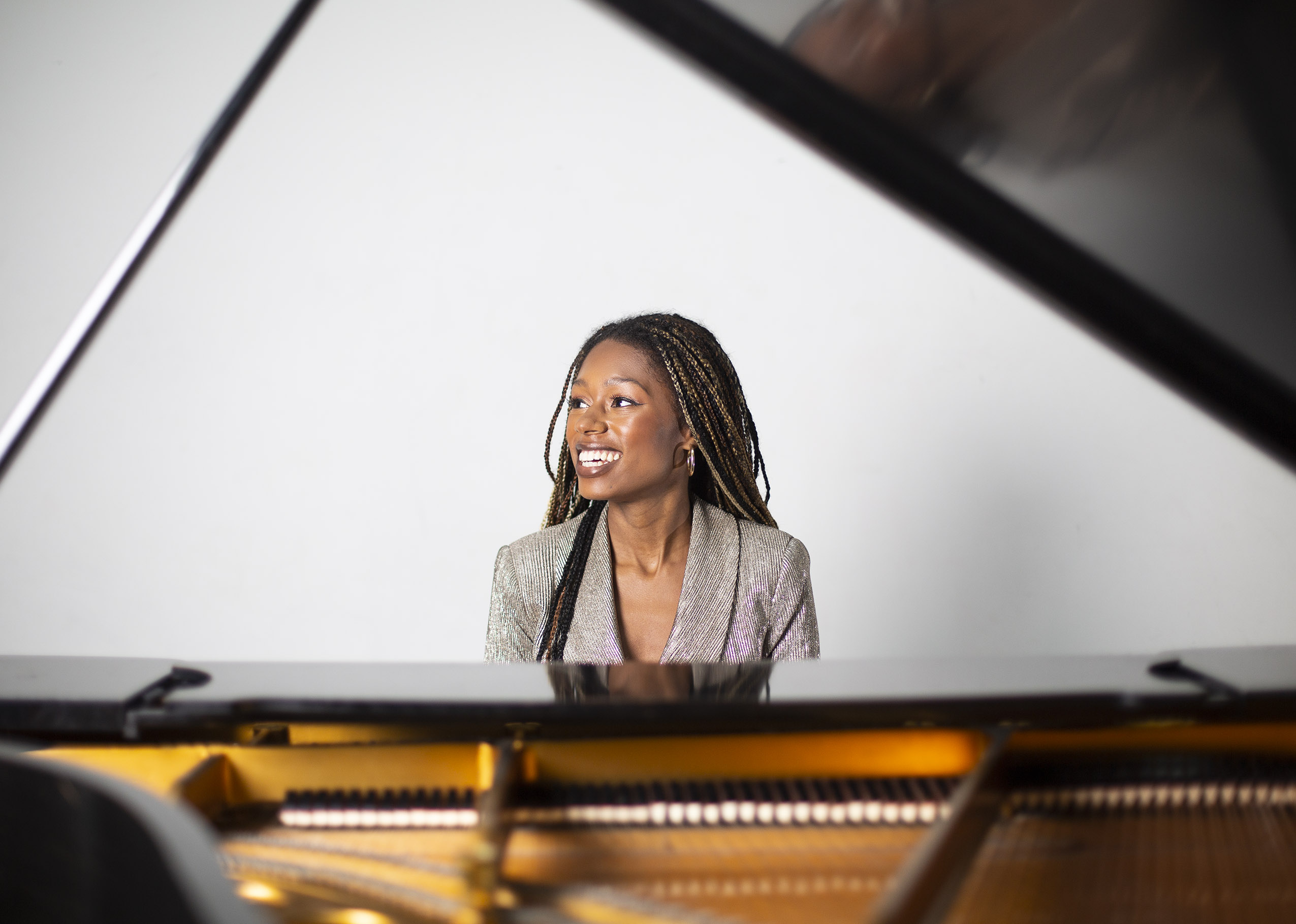 When we were booked Sheku Kanneh-Mason (back in 2018), his management team suggested that we would need a pianist to accompany him, and recommended his sister Isata. Little did we know at that time how Isata’s career was going to take off.

Iasata, 23, is currently atop the classical charts with her debut album “Romance” which features music from one of the slightly lesser known composers of the Romantic era, Clara Schumann. Clara (Robert Schuman’s wife) was one of the greatest pianists of her generation, but her compositional output has been largely overlooked until now. The album features, among other works, the Piano Concerto in A Minor which was written was Clara was just 14, and first performed under the baton of Mendelssohn.

Isata will be appearing at the Proms on 22nd August alongside Sheku. In a recent article in London’s Evening Standard, she said that her growing success was definitely a “motivator” for her younger brother. In the article, which can be found here, she said

“There is a sibling rivalry between us,” she said. “But I think now that I have an album out … it has helped Sheku in that he is not the only person in the family who is in that position.

She admitted her brother’s success had helped her music career. “Because he is known, Decca know who I  am,” she said. “But you have to establish yourself anyway. It’s not like I  am the sister of Sheku so don’t have to do anything.”

Isata said she and her siblings were more nervous than Sheku about his royal wedding performance.

“He wasn’t nervous. I felt nervous watching him from the perspective of, ‘Oh my goodness, I hope he doesn’t break a string.’ I wasn’t nervous from a musical level.”

Isata said she was “thrilled” her debut had gone to number one, adding: “I completely didn’t expect it. It is a  bit niche and also it is my first album so I am not known to many people.  I’m thrilled.”

Isata is about to embark on a US  tour — including a night at New  York’s prestigious Carnegie Hall in December.

Isata is also going to have a a fantastic night in Lamberhurst, just prior to that night in New York.