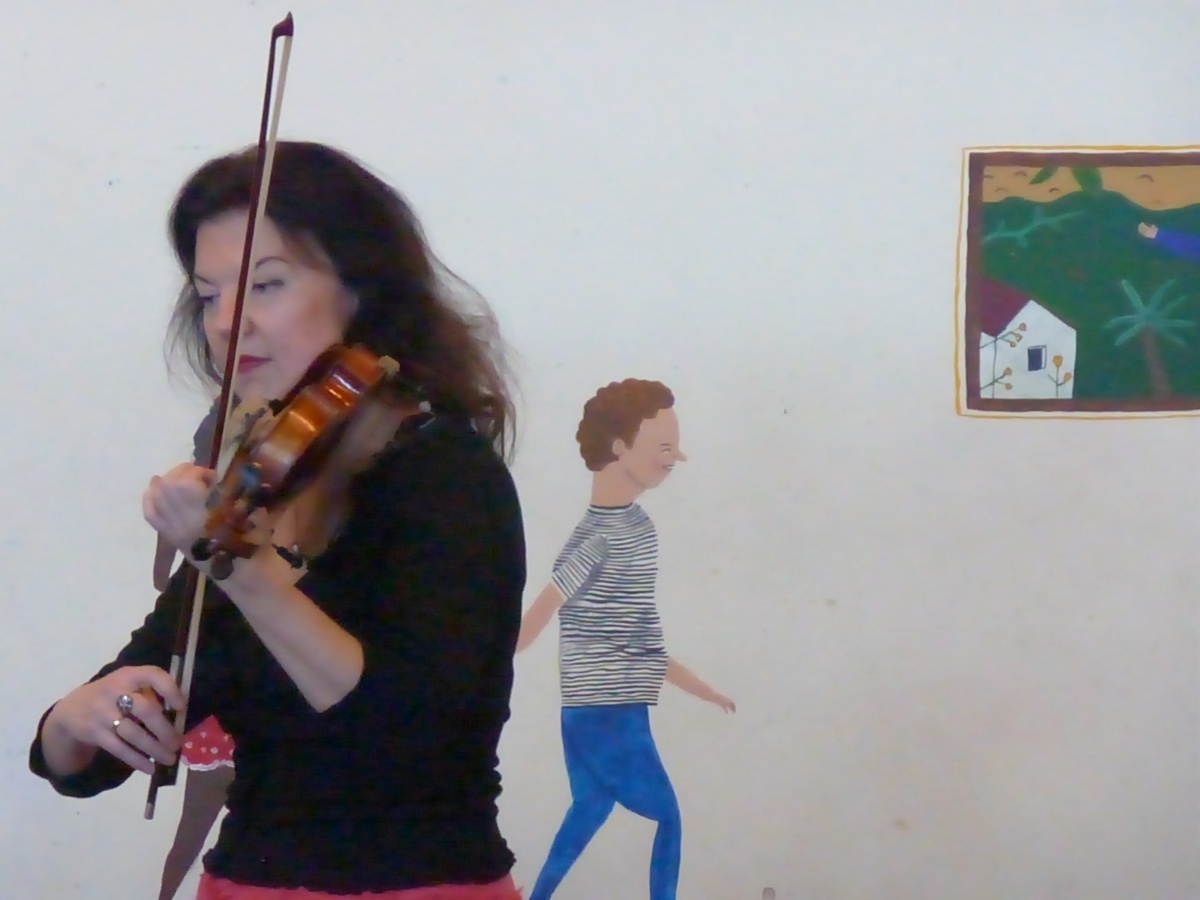 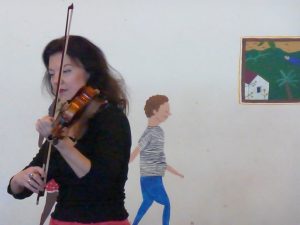 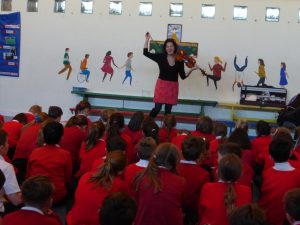 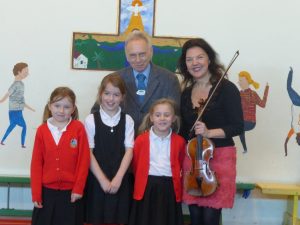 Tasmin Little’s visit to St Mary’s School and St Mary’s Church was a wonderful experience for the children and a superb occasion for the evening audience. Arriving at the school at 2.30pm she was shown into the school hall and began to tune up. Even at this early point, I could tell that the children were going to experience something very special – the sound and the tone of Tasmin’s violin was exquisite, even when just tuning up. The children filed in and Tasmin introduced herself and played a short piece and the children were mesmerised. Tasmin’s way with the pupils was lovely and throughout the whole 30 minutes of her appearance she engaged with them, encouraging them to ask questions. She played the first part of Vivaldi’s Autumn from ‘The Four Seasons’, but explained first the way Vivaldi had painted pictures with the music and demonstrated the bird song, the running river and the thunderstorms. She also played the Rondeau from the Bach Partita that she played later on at the concert in the church, but asked the children to count how many times the main theme was repeated. The look of concentration on many of the children’s faces as they actively listened to the music was a pleasure to see. At the end of the afternoon Mr Pape, the long serving music teacher at the school, had his picture taken with Tasmin, along with some of the pupils who were taking violin lessons. A truly memorable experience.