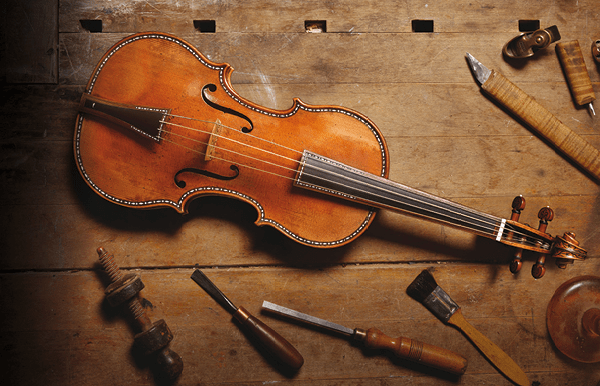 What makes a Stradivarius sound so good?

Antonio Stradivari lived in Italy between 1644 and 1737, living to the very respectable age of 93. He made over 1100 instruments in his lifetime, and around 960 of these were violins. Of these 960 violins, it is estimated that between 450 and 512 survive today. These violins, known by the Latinised form of his surname – Stradivarius – are acknowledge to be possibly the best sounding violins in the world.

But what makes them sound so good?

Numerous studies over the years have taken place, but as the value of these instruments is usually around £2,000,000 (the most expensive selling for £9,808,000 in 2011), their owners are not keen on letting scientists carry out tests on them. But, according to a study published in December 2016 by the Proceedings of the National Academy of Sciences, chemists at the National Taiwan University think it is down to age, 300 years of vibration whilst being played, and an extended chemical soak given to the wood prior to it being used in the violins.

The researchers are not sure who applied this all important chemical bath, but suspect it might have been the Italian wood sellers in an effort to stave off woodworm and rot. They also suggest that this type of chemical seasoning died out shortly after Stradivari’s lifetime and was “unknown to later generations of violin makers.”. This treatment, along with 300 years of high frequency vibrations is thought to be the reason behind the Stradivarius’ wonderful sound.

Musicologists are not necessarily convinced, but the owners of these wonderful instruments are not rushing to have them examined. The jury, therefore, is still out.