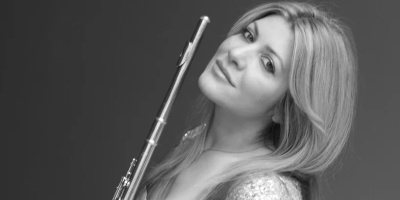 Flautist Lisa Friend last appeared at St Mary’s in March 2019 alongside guitarist Craig Ogden. Lisa’s playing that evening was mesmerising, so we were delighted that she was able to come to us again. For this concert, Lisa will be joined by Mark Kincaid on piano and Martin Radford on cello, and will perform music largely drawn from her much acclaimed album “Cinema Affair”. A short video from the album can be found here .

She has toured throughout Europe, the USA and Asia and has been broadcast on radio stations around the world including Classic FM, Scala Radio, BBC Radio 3, BBC Radio 2 and appeared on BBC One’s ‘The Andrew Marr Show’.

Full details of the programme will appear here shortly.