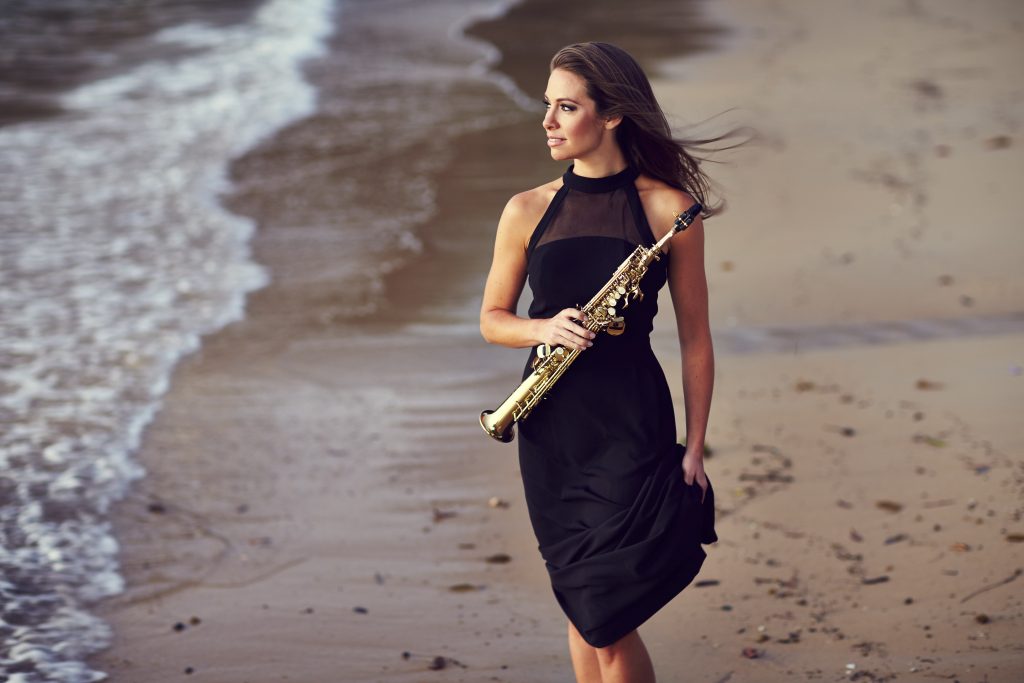 “A player with a difference who has an individual and unusual tone, luscious, silky-smooth, sultry and voluptuous by turns; her phrasing is beautifully finished, her control of dynamic infinitely subtle” – Gramophone

Sydney born Amy has been studying the classical saxophone since the age of 6 and is a musician of rare talent. She has been twice nominated for a Grammy and made history by becoming the first saxophonist to win a Classic Brit Award. BBC Music magazine recently voted her among the best 6 classical saxophonists of all time and she is widely recognised for her remarkable, distinctive tone and exceptional musicality.

At the beginning of 2018, Amy world premiered a new saxophone concerto by Sir Janes MacMillan and her performance and subsequent BBC broadcast was met with great acclaim.

Amy thrives on the diverse repertoire possibilities the saxophone can straddle and continually seeks to explore new genres.  She has released 7 albums which showcase the versatility of her musicianship and the varied capabilities of the saxophone.

In 2016 Amy was a judge for the BBC Young Musician Final (and probably knows our November performer rather well!). Amy is passionate about music education and in 2017 designed the Take a Breath programme to help young children in their formative years with simple breathing techniques which can be a useful support in dealing with situations which may cause stress. We are delighted that Amy is taking this project to St Mary’s primary school on the day of the concert.

This concert is timed to coincide with St Mary’s Patronal Festival weekend, and will be a mixture of classical music by Ravel, Chopin, and Rachmaninov (and others), along with more contemporary music, and TV and film music from composers such as Phillip Glass and Charlie Chaplin.