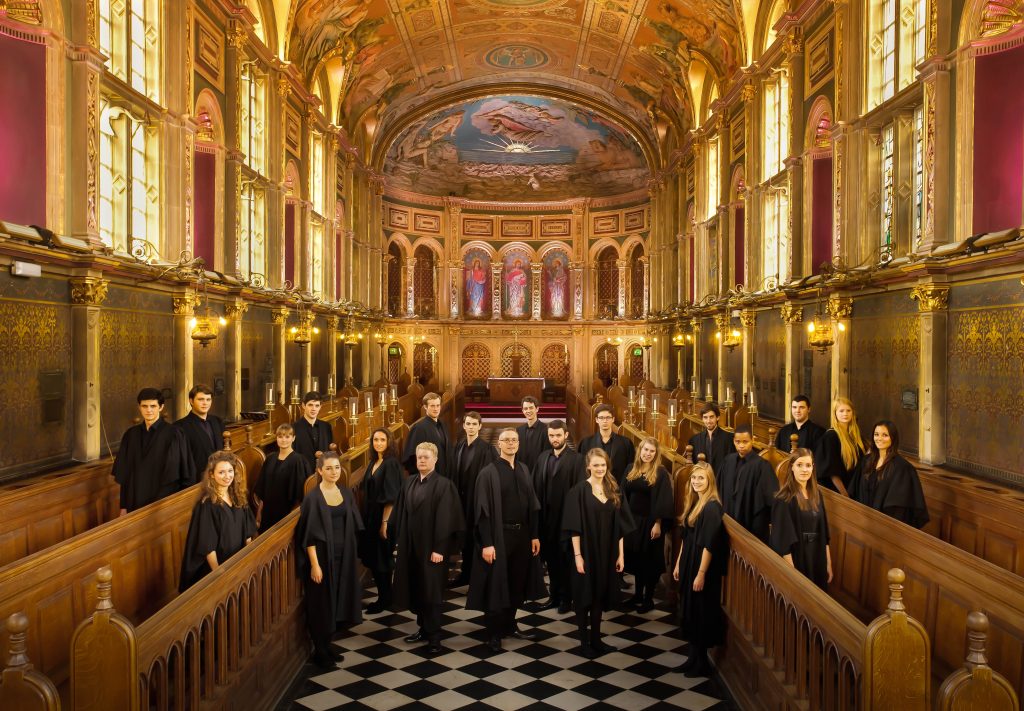 The Choir of Royal Holloway is considered to be one of the finest mixed-voice collegiate choirs in Britain. Their recordings on the Hyperion label have attracted top reviews from all major music publications. Equally at home on the concert platform, the choir gives around 50 concerts a year and also benefits from a unique training programme in collaboration with The King’s Singers – Royal Holloway’s Ensemble in Residence.

Created at the time of the foundation of Royal Holloway in 1886, the choir was originally only for women’s voices but now comprises 24 mixed voice Choral Scholars. Royal Holloway is also the only university that still maintains a tradition of daily sung morning services.

The choir has recorded eight discs with the Hyperion label since 2009. Many new works have been composed for the choir as it continues to enjoy close collaborations with living composers. Recent commissions include works from James MacMillan, Gabriel Jackson and Richard Rodney Bennett.

The choir has toured most European countries, appeared in Beijing and been broadcast on regional and national radio and television all over the world. In the UK the Choir regularly broadcasts for BBC Radio 3.

The choir enjoys regular work with different orchestras and instrumental ensembles including the Britten Sinfonia, London Mozart Players, Florilegium and the English Cornett and Sackbut Ensemble.

The concert of carols will be a joyful celebration of Christmas, ranging from well-loved favourites to lesser heard carols. The church will be lit by candles for the concert.