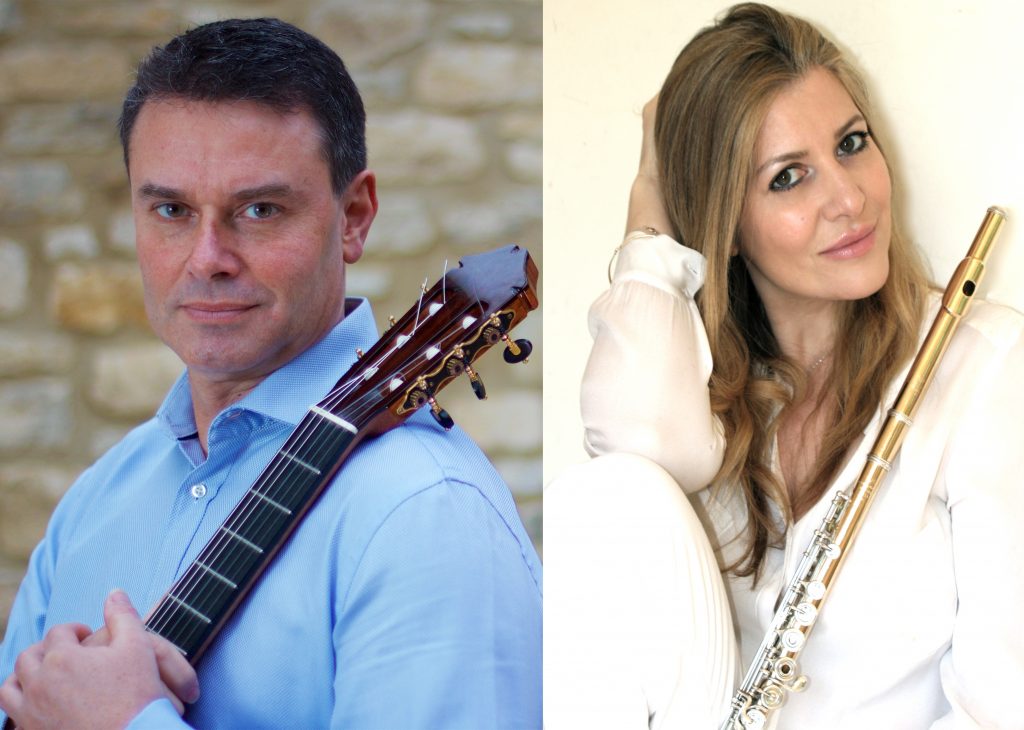 “Lisa Friend, as bubbly as her instrument, is a flawless flautist” – David Mellor

Australian born guitarist Craig Ogden is one of the most exciting artists of his generation. He studied guitar from the age of seven and percussion from the age of thirteen. He is the youngest instrumentalist to have received a Fellowship Award from the Royal Northern College of Music in Manchester.

One of the UK’s most recorded guitarists, his recordings for Virgin/EMI, Chandos, Nimbus, Hyperion, Sony and Classic FM have received wide acclaim. Craig’s five Classic FM albums all shot straight to No.1 in the UK classical chart and he is one of Classic FM’s most played artists.

These two superb artists have combined to record a new CD due to be released in September 2019, which includes works by Piazzolla, Villa-Lobos, Poulenc and Fauré. The programme for this concert will be drawn largely from that disc.